This piece is about journey and migration. I used narrow pieces of plywood to carve a modular woodcut relief print. The final image that I created evokes the physical remnants of different types of travel. I tried to bring together diverse elements that are visually inspiring to me. From the world of art, I was inspired by aboriginal dot paintings and sand drawings. From nature, I considered worn paths I have seen created by people, game and birds on various surfaces. Since childhood, I have seen tracks that cross and weave the earth on sand, tundra and mud from the vantage point of a small airplane. I also have been looking at images from space that show wakes in the ocean from boat traffic—sometimes for many days after boats have moved through water. Airliners leave crossing cloud trails in clear skies. This physical evidence of so many coming and going around the globe creates a story in the form of a complex map that is always forming and fading. I intended to replicate this sense of many types of movement and their visual evolution with this piece. The earth-colored background seen behind these black woodcuts were made interactively. The woodcuts are layered over inked shoe treads collected on the sidewalks of Bellingham, WA. Strangers passing by volunteered their feet to print a build up of yellow, sepia and ochre inks that I mixed and modified from raw pigment on the spot. While collecting footprints, I showed them proofs of some of the pieces that would eventually be printed over the footprints. I explained how prints are made, and how to see this work in its finished state. Once the prints were all put together, the image takes on a map like feel—where the spaces between the fabric and the wood panels evoke longitudinal lines on a flattened world map, and the overall composition starts looking like continents in a black ocean. 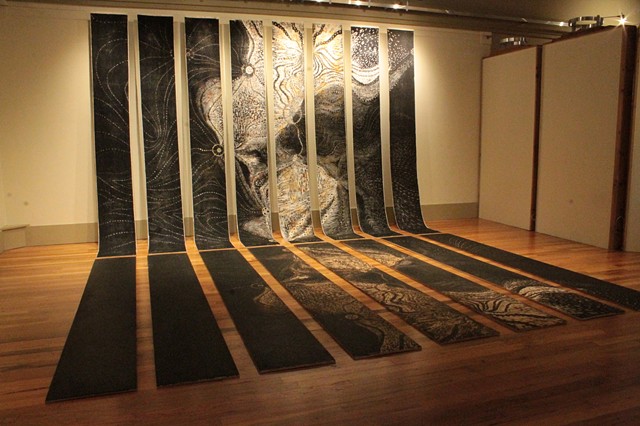 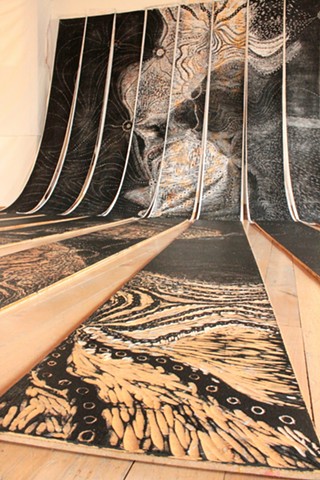 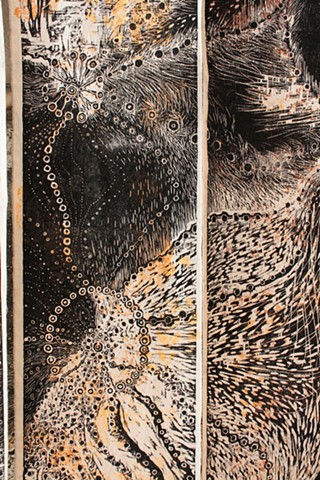 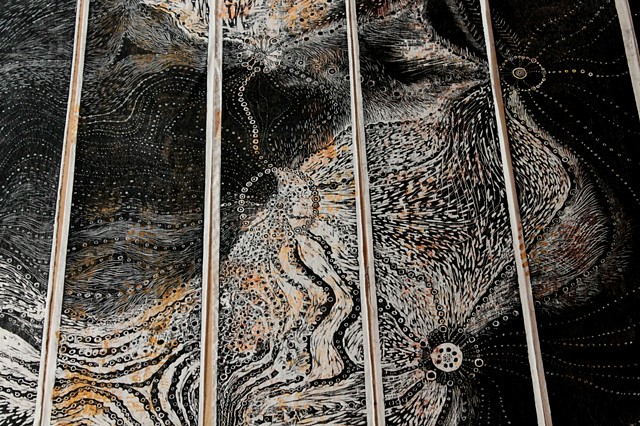 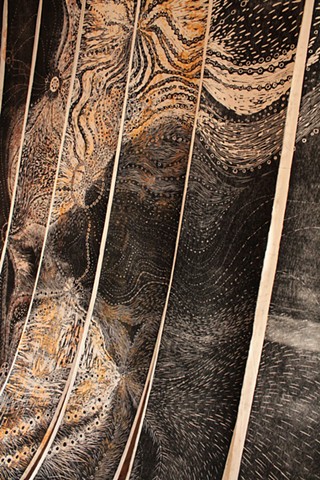 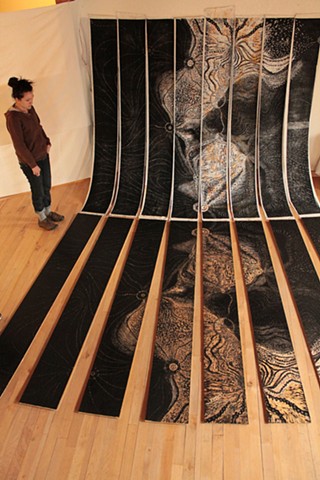